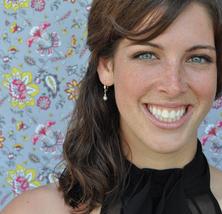 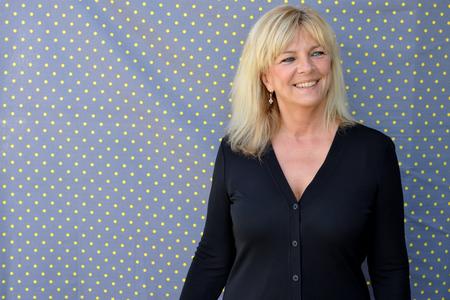 ​As the only child at home, Shelley grew up with dogs at her side as her constant companions.

Ontario, police dogs were part and parcel of her family life. Due to her isolation both

things to humans. They were friend, protector and loyal companion. As a very young woman

Shelley moved to Winnipeg, got married and started her family. Raising her two children with

their wonderful father was a privilege. Once her kids were in school Shelley embarked on her

quest for a fulfilling career.

The next twenty or so years of her life were spent involved in the music business and briefly on the periphery of Winnipeg’s burgeoning film industry, It became more and more apparent that the front row seats and back stage passes to concerts brought her little personal satisfaction and the film sets and movie stars even less so. Glamorous maybe, but not life changing for anyone, including herself.

That was all to change quite drastically with a phone call and request from her daughter Jana-Rai for much needed help with her “special needs weim”. They still laugh out loud at that perception, as Hailo was just an ordinary puppy doing what puppies do. Their subsequent search for help led them to the life changing revelation that their own needs reflected those of countless others. That combined with their desire to start a family business was the advent of Urban Canine.

If hard work could be defined as fulfillment, Shelley got her wish. The learning curve for her and J.R. was steep and sometimes fraught with trials and tribulations. But the joy derived from this rewarding work was unprecedented in her life. Watching her daughter thrive on the challenges as she educated herself in “everything dog” was nothing short of amazing and becoming the student to this young teacher with her insatiable thirst for knowledge was inspiring.

Shelley was diagnosed with colon cancer in 2008 which naturally shifted her focus to fight for her life. With out the unwavering support of her partner/daughter Jana Rai and all of the” her girls” to back her she could not have left her business for two months and endured many more months of treatment without a second thought. These amazing women had her back and she eventually conquered her enemy, returning to a business that was not only intact but thriving. A year and a half later found her in Salmon Arm B.C. taking an intensive three week course in Dog Obedience training. Again she was covered and all was well due to the hard work of her team, J.R. and company.​

All of my pets have been adopted and my first was a ferret. I've owned up to 5 at a time.
I have fostered about 50 animals for The Winnipeg Humane Society and kept 3.
I adopted my first dog Phoebe from WHS as a Corgi mix, turns out she’s a husky with chondrodystrophy (dwarfism!)
My first and second foster fail were my two cats Figaro & Oliver. I’ve had them since they were 3 weeks old.
I have a soft spot for Disney, but you knew that if you picked up on my cats names!
My 2nd dog Rhino was my third foster fail. He was very overweight & lost 20 pounds with a good diet and exercise. He became so social that I had him certified as a Therapy Dog.
I've lived in Winnipeg my whole life, but have moved over a dozen times.
Thanks to 12 years French Immersion I can pretend I’m bilingual!
I was a certified lifeguard and used to teach swimming lessons.
My goal in life is to be as good of a person as my pets already think I am!

My Momma is my best friend (my husband comes in second place-he knows!)
My eyes change colour depending on my mood or what I’m wearing
I still pay children’s pricing for all my sneakers... & occasionally still for clothing
I can burp louder than most people
I’ve had anxiety for as long as I can remember, and the only thing that has ever made me feel immediately better has been from snuggling with an animal.
I might be little, but I’m deceivingly strong
In the 4th grade, I had an actual tombstone fall on my leg. (Long story!) But somehow didn’t break a single bone!?!
I truly have the best job! I consider myself the Gate Keeper to doggy happiness❤️
Not to sound sappy, but when I met my husband it was an actual love at first sight situation. We were married exactly 5 months later
I’m always cold. Always

I’m grateful to have been working my dream job since 2009.
I’ve been a proud Winnipegger since age 27.
I am a fan of both the Winnipeg Jets and the Edmonton Oilers.
I miss my family in Alberta dearly and try to visit as often as I can.
Our blind family dog first taught me how incredibly intelligent, resilient and inspiring dogs can be.
I enjoy running on a treadmill while binge-watching shows, listening to podcasts, or reading about current events and issues.
I am always interested in learning about both human psychology and dog psychology.
I like Hard Rock and Blues music best, and most Country music the least.
I can usually be relied on to order a Caprese salad with either a whiskey sour or red wine.
I love walking, hiking, gardening, and laughing with friends around a campfire.

I have seen every episode of The Office.
​The #1 thing on my bucket list is to dive with Whale Sharks.
I named my dog when I was 5, after Ashley Olsen naturally.
​I have played soccer for 16 years, and don't plan on stopping anytime soon!
​I've dived the Great Barrier Reef.
​My favourite band is The Sheepdogs (partially because of their name, I'll admit.)
I sleep best in a hammock.
​I've gone skydiving from 14,000 feet!  I screamed a lot, but it was incredible and I'd do it again.
​Cupcakes and nachos are the way to win me over.
​My dog is my best friend and I'm so thankful I got to grow up with her by my side.

I grew up in Ottawa, and lived in Toronto for 7 years before moving to Winnipeg.
I really love greyhounds, and hope to rescue a retired racing dog someday.
I'm a total sweet tooth and do a lot of baking in my spare time.
I played classical violin and viola for 13 years.
I had pet birds grow ing up since my mom is allergic to everything else.
I think I've dyed my hair every colour possible.
I have a big old rescue tabby cat named Fidel.
I've been a vegetarian for 14 years.
I worked as a dog walker before getting my first job at a dog daycare.
I love weird knickknacks and have a slightly embarrassing collection of sad clowns.

I love all animals but my favourite animal is a Sloth.
I’ve re-watched how I met your mother over 50 times.
I can play the piano, guitar and ukulele & hopefully one day the harmonica.
My favourite place in the world is Kapkitchi lake in northern Ontario where my mom grew up.
My first solo travel was to Dublin Ireland & I didn’t tell my parents until a week before I was leaving.
Skittles are the most elite candy & no one can tell me otherwise.
I counted all the dogs I saw on my Europe trip with my best friend. The total was 548.
My goal is to be covered in tattoos one day, so far I have 15.
I really love potatoes.
I wish dogs could have the same lifespan as humans could so we could get more time with them.​

I hope to own a food truck or restaurant one day
Aside from this job, my dream job is to be a UFC fighter and whatever Guy Fieri does (no one said it had to be realistic)
I strongly believe the absolute best dog breed ever is a Golden Retriever and you can’t change my mind
I have fostered almost 50 dogs over the last several years and one of my dogs ended up being a foster fail
The only food I refuse to eat are olives and blue cheese, otherwise I’ll eat anything
I gained 10 pounds in 5 days while travelling to NYC and I’d do it again in a heartbeat
I have an irrational fear of pangolins/armadillos, butterflies and owls
As a kid I slept with a blanket over my head for years because I watched the movie Shutter (Thai film) and it scarred me horribly
I have a slightly ridiculous addiction to Starbucks
I work hard so my dogs and future dogs can live their best life (and to support my Starbucks addiction)

My favourite movie is Pan's Labyrinth, but I'm always on the lookout for something even better.
​My elbows are slightly double-jointed.
I'm really good at Minesweeper
I'm better at baking in a stone oven than a regular one, though I'm not saying I'm particularly great at either.
Daffodils are one of my favourite flowers.
I love theatre and acting, which hopefully explains all the funny voices I use when talking to the dogs.
I somehow never really learned how to ice skate.
One time I laughed so hard that I slammed my forehead into my drink, shattering the glass.
I am firmly against putting pineapple on pizza.
I love my cat, Brad, with all my heart.